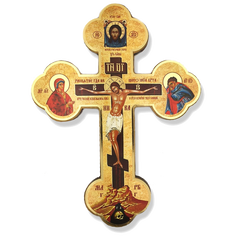 First, let me share a little background information, before we get started. Ten out of my first thirteen years of education have been at catholic schools. At best my family went to church most Sundays, at worst we went on Christmas and Easter. My life focused more on soccer than anything else and religion was more of a good habit, like brushing your teeth or having a home cooked meal. It wasn't something I would normally think or talk about, it was something I kind of took for granted. I would never say I was Godless, but my actions, at times, would lead you to believe I was. Although I tried to do the right things, I wouldn't say I had a deep faith. I would waver, like the wind blows, sometimes buying into the pick and choose what you want to believe philosophy. Now, let me tell you what happened.

My story starts around 1989, when I saw a BBC documentary about the apparitions of Medjugorje. While watching, I wondered, "What if this is actually true?", but by the end of the program my soul was shouting, "This is absolutely true!" I was deeply moved, but I was close to graduating from college and my inspiration slowly moved into the background, swallowed up by everyday life and worries. I didn't give it much thought for 16 years. Christmas 2005 brought an abrupt halt to my slumber. I talked to a friend at a Christmas party about the usual things when he suddenly started telling me about apparitions of the Virgin Mary that happened in a field on his farm property. We talked for hours and even though I knew he was a religious man and I'd known him for years, we never really talked about much, other than soccer. He died three days after our talk.

I had the feeling that if I don't pay attention and act, I wouldn't get another chance. I remembered the Virgin Mary clock, my aunt had handed me, some months earlier, and felt I was being called to do something. I scoured the internet, read books, and bought tapes, famished for any information on apparitions. I started going to church frequently, going to confession monthly, praying and reading the bible daily, and fasting on bread and water on Wednesdays and Fridays. By March, I was on my way to Medjugorje with my sister. Although I saw the miracle of the sun and rosaries change color, I still had this nagging feeling that I needed to do something. My life had changed tremendously for the better. How could I possibly be blessed more? My daughter was born exactly nine months to the day I left for Medjugorje.

I took laminated instructions on how to pray the rosary along with rosaries to the field, I was praying more, and kept looking for signs everywhere. About a year passed by, and after visiting my aunt, in the hospital, I noticed a sign about a weeping virgin icon, in Barberton. I would occasionally stop by the gazebo, next to the shrine to pray a rosary. One day I visited the shrine and was invited to the weekly prayer meeting and started to go regularly. At one of the meetings my daughter was fussy and I had to walk around with her. I found a book titled "A Voice in the Field" about the apparitions on my friend's property. After contacting the author, she told me she's been wanting to put the book online. Since my job title is "Senior Web Developer", could this be my calling? Possibly, or maybe it's just the beginning.